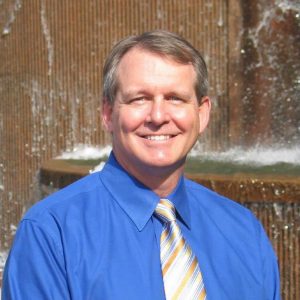 Dr. Anthony moved to Danville in 1970 with his parents and two younger sisters, where he attended the old Charlotte Wood Middle School. Originally from Minneapolis MN, his family also lived in Chicago and upstate New York. Some of Dr. Anthony’s earlier childhood interests included building go-carts, sketching/drafting homes, and making model cars and planes. He has so many fond memories from his childhood of camping, canoeing, hunting, and fishing with his father and grandfather in the wilderness areas on the Canadian border of Northern Minnesota.

Throughout Dr. Anthony’s young adult life, his main hobby was fixing-up and customizing cars. His first project was a classic 1962 Austin Healy Roadster. Some of his other projects included restoring a 1967 Pontiac Firebird convertible muscle-car, a few Fiat coupes, a 1969 Jaguar XKE, and a 1962 Chevy pickup with a same-era overhead camper top.

Dr. Anthony attended San Ramon Valley High School where he was on the varsity football, wrestling, and track teams. After graduating, he attended the University of California at Berkeley and graduated with a Bachelors of Arts degree in Physiology. Subsequently he completed his dental education at the University of Southern California receiving his D.D.S degree in 1985. He was president of the Psi Omega Dental Fraternity and a member of the Omicron Kappa Upsilon Dental Honor Society.

After practicing as an Associate General Dentist in Southern California for a year, Dr. Anthony returned to USC to begin post-graduate orthodontic residency training. In 1990 he obtained his Certificate in Orthodontics and Master of Science (M.S.) Degree in Craniofacial Biology. Later that same year, the Blackhawk Medical Center was constructed and Dr, Anthony found a home for his practice. With the help of his mother Elaine (interior designer-real estate broker) and architect Gary Osterman, the office design was featured as “Office of the Month” in the nationally published May 1994 edition of Dental Economics.

Dr. Anthony met his wife Michele in early 1999. She is a wonderful cook, loves to travel, and is an accomplished skier. They were married in September 2001 and moved to their present residence in Danville. The couple was blessed in 2002 with the birth of their son, Ryan. He is active in baseball, swimming, and skiing. He is taking piano lessons, loves to draw, and is most happy playing at the beach. The family can always be found up at Lake Tahoe either hiking, biking, skiing, or relaxing at the beach.

Dr. Anthony was asked by his colleagues at the USC Graduate Orthodontic Department to return to teach week-long courses in clinical orthodontics to the second-year residents. This in itself was gratifying; however, it really was a special treat to join his two favorite teachers, Dr. Harry Dougherty and Dr. Keith Tanaka at the sessions. Both doctors ran the USC Orthodontic Department for over 35 years before retiring in the early 1990’s. Their knowledge and expertise is unsurpassed in the field. They have taught more board certified orthodontists than any other educator in the country.